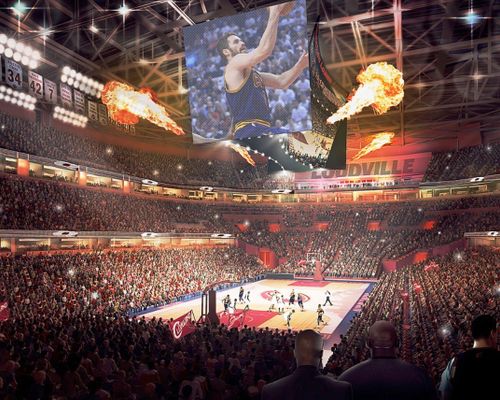 Home to the Cleveland Cavaliers and the Cleveland Monsters, Rocket Mortgage Field House is located in downtown Cleveland, Ohio. In 2009, the venue underwent renovation and expansion and now seats up to 19,432 guests in its basketball configuration. The arena has seen several notable events including a multitude of concerts, the 2007 NCAA Women's Division I Final Four, the semi-final games of the NCAA Division I Men's Basketball tournament, and the U.S. Figure Skating Championships in 2000 and 2009.