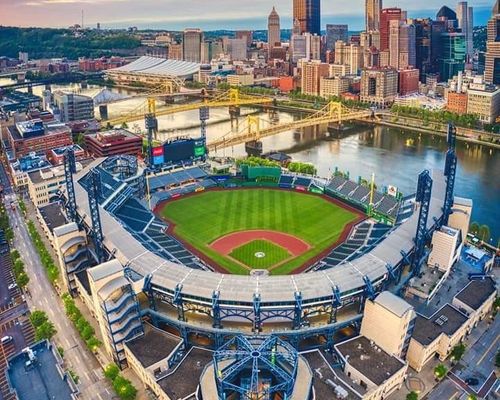 The beautiful home of the Pittsburgh Pirates is PNC Park, which is located on the North Shore of Pittsburgh, Pennsylvania. As the fifth home of the Pittsburgh Pirates, it was ready for its grand opening in 2001 to replace Three Rivers Stadium. The park has been regarded an aesthetically beautiful stadium as its constructed of steel and limestone with natural grass playing surface. PNC has a seating capacity of 38,747 for baseball. Numerous concerts have been held at the park and some notable baseball events include the 2006 MLB All-Star Game.