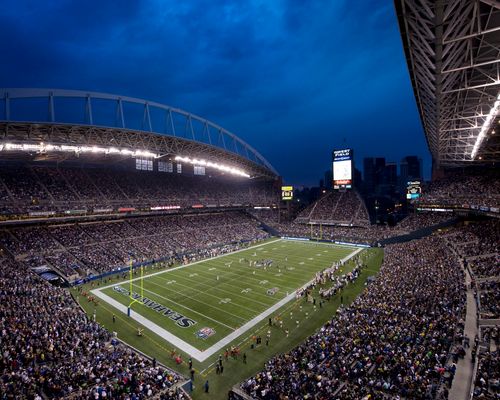 Lumen Field is the famous home of the Seattle Seahawks and the Seattle Sounders. It's is a multi-purpose stadium in Seattle, Washington and a modern facility with views of the Downtown Seattle skyline. With a seating capacity of 68,740 spectators for NFL games and 37,722 for most MLS matches, the complex is equipped with an Event Center which also holds events at Washington Music Theater. Seahawks fans are known for being extremely loyal to the franchise and have twice claimed Guinness World Records for the loudest crowd roar at the stadium. This amazing patronage has also contributed to the great home field advantage the Seahawks have had for home games.