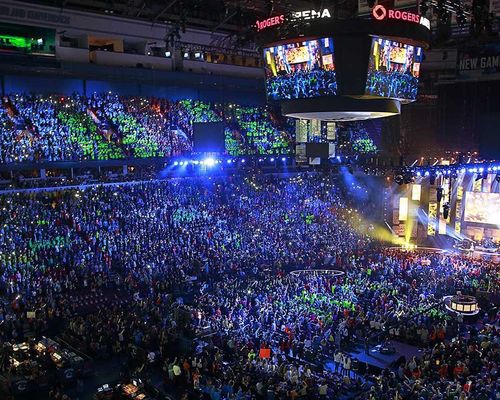 As a prime venue for hockey fans alike, Rogers Arena is located in downtown Vancouver, British Columbia, Canada. The arena was built to replace Pacific Coliseum as the primary indoor sports facility of Vancouver due to the 1995 expansion of the NBA into Canada. Between 1995-2001, it serves as the home of the Vancouver Grizzlies. Today, it is primarily known for being home of the Vancouver Canucks and the Vancouver Warriors. Other notable events including hosting ice hockey events in the 2010 Winter Olympics.