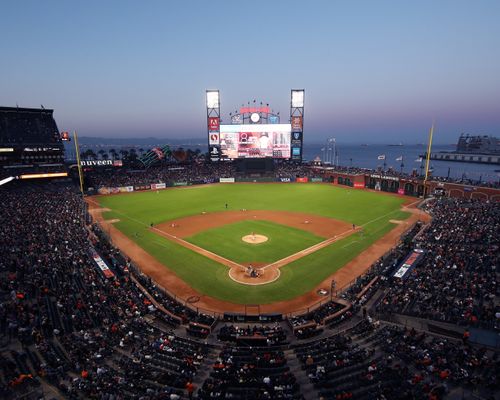 Oracle Park is uniquely located right by the San Francisco Bay in San Francisco, California. It is the official home of the San Francisco Giants. The segment which the park stands along has been name McCovey Cove in honor of former Giants player Willie MccOvey. Because of its unique location on the Bay, the park has seen some incredible moments in baseball including Barry Bonds famous 'splash hits' which would land in McCovey Cove. During Bonds prime, Giants fans would gather in canoes and rowboats around the stadium awaiting the opportunity to take home a Barry Bonds 'splash hit'. The stadium has seen several World Series Games and was featured in pop culture as the location rapper, Kanye West proposed to reality star, Kim Kardashian. The park can seat 41, 265.