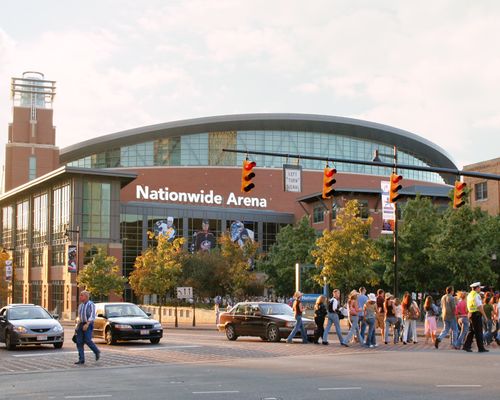 Nationwide Arena is a multipurpose arena in Columbus, Ohio, United States. Since its completion in 2000, the arena has served as the home of the Columbus Blue Jackets of the National Hockey League (NHL). It is one of two facilities in Columbus, along with Greater Columbus Convention Center, that hosts events during the annual Arnold Classic, a sports and fitness event hosted by actor, bodybuilder, and former Governor of California Arnold Schwarzenegger.