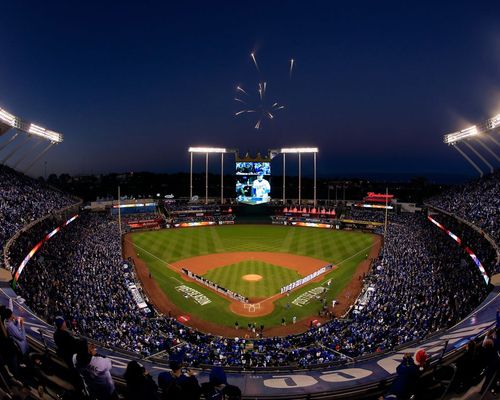 The Kansas City Royals call Kauffman Stadium, or 'The K', their official home as its located in Kansas City, Missouri. As part of the Truman Sports Complex, the stadium is adjacent to Arrowhead Stadium, home of the Kansas City Chiefs. The stadium opened in 1973 and since its last major renovation in 2009, the stadium can now seat 37,093. Today, it is the only ballpark in the American League to be named after a person and one of only ten stadiums in Major League Baseball that does not have a corporate-sponsored name. As the sixth-oldest stadium in the MLB, The K has seen many notable events including the 1973 and 2021 MLB All-Star Game and several Royals home games during the 1980, 1985, 2014, and 2015 World Series.