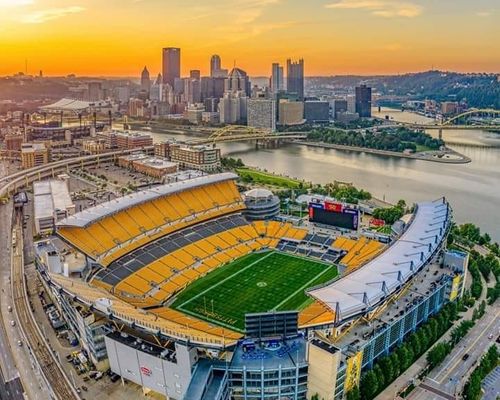 Heinz Field is best known for bring the home of the Pittsburgh Steelers. In 2001, the stadium opened to replace Three Rivers Stadium and is located in Pittsburg, Pennsylvania. The stadium cost $281 million and is situated right next to the Ohio River. Because of Pittsburgh's history of steel, the stadium includes 12,000 tons of steel in its construction. All 68,400 seats have been sold out for every Steelers home game since 1972. Aside from football, the stadium held the highest-ticketed show in Pittsburgh history when it hosted a Garth Brook concert at 75,000 tickets sold.