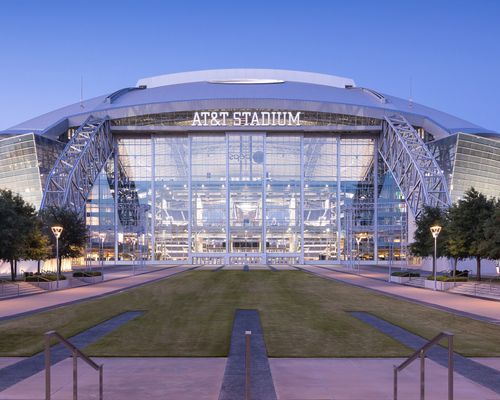 Home to the Dallas Cowboys, AT&T Stadium is located in Arlington, Texas. Formerly Cowboys Stadium, the venue has a retractable roof and is used for a variety of other activities such as concerts, basketball games, soccer, college and high school football contests, rodeos and motocross and Spartan races.This stadium was built to replace Texas Stadium, which served as the Cowboys' home from 1971 through the 2008 season. Many fans refer to the stadium as, "Jerry World", after Dallas Cowboys owner Jerry Jones, who originally wanted to create an entertainment hub. This is the fourth largest stadium in the NFL by seating capacity and it features Party Pass sections, which are behind seats in each end zone and on a series of six elevated platforms connected by stairways.