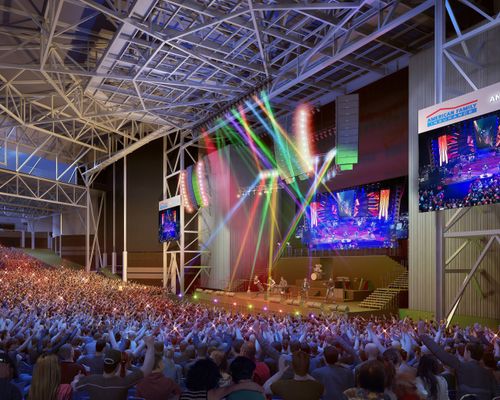 Formerly known as the Marcus Amphitheater, The American Family Insurance Amphitheater can be located on the south end of Henry Maier Festival Park in Milwaukee, Wisconsin. An interesting fact is that the amphitheater was originally built after an extremely overcrowded Huey Lewis and the News concert in 1984. The space was about twice as crowded as it was meant to be. The venue is probably most known for headlining acts performing at Summerfest. Additionally, it recently underwent a $51.3 million dollar renovation, adding features like a new seating bowl configuration, raised stage to allow for better sightlines, enhanced accessibility, expanded concourses, new video screens, reimagined food and beverage operations, additional restrooms, and more.