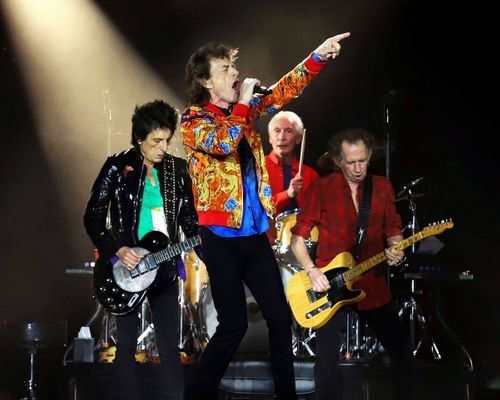 The Rolling Stones are an English rock band formed in London in 1962. Diverging from the pop rock of the early-1960s, the Rolling Stones pioneered the gritty, heavier-driven sound that came to define hard rock. The Rolling Stones' estimated record sales of 240 million makes them one of the best-selling music artists of all time. The band has won three Grammy Awards and a Grammy Lifetime Achievement Award. They were inducted into the Rock and Roll Hall of Fame in 1989 and the UK Music Hall of Fame in 2004.