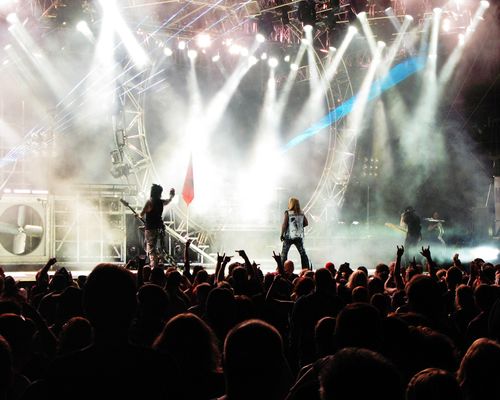 Mötley Crüe formed in 1981 and is one of America's most cherished heavy metal rock bands. Founded by Nikki Sixx, Tommy Lee, Mick Mars, and Vince Neil, Mötley Crüe has sold over 100 million albums worldwide. Among many achievements, they have reached seven platinum or multi-platinum certifications, nine Top 10 albums on the Billboard 200 chart, twenty-two Top 40 mainstream rock hits, and six Top 20 pop singles. While their music has gained immense fame, the members of Mötley Crüe have also been in the spotlight for their androgynous personae elaborate live performances, which have featured flame thrower guitars, roller coaster drum kits, and heavy use of pyrotechnics. After a few years of inactivity, Neil announced in September 2018 that Mötley Crüe had reunited and was working on new material, and the band even released four new songs on the soundtrack for its Netflix biopic, The Dirt, based on the band's New York Times best-selling autobiography. Now they're back for an incredible tour.