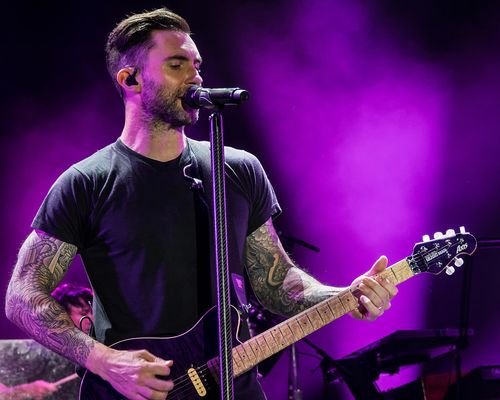 Maroon 5 began their journey as a pop rock band in Los Angeles, California. Today, the band includes Adam Levine, Jesse Carmichael, James Valentine, Matt Flynn, PJ Morton, and Sam Farrar. In 2002, the band released their debut album Songs About Jane, which peaked at number six on the Billboard 200 chart and went quadruple platinum in 2005. Later in 2002, the the band won a Grammy Award for Best New Artist. Their second album debuted at number one on the US Billboard 200 chart and the lead single became the band's first number-one single on the Billboard Hot 100. By 2011, the band re-released their third album with a single that topped the Billboard Hot 100. As of today, Maroon 5 has sold more than 120 million records, making them one of the world's best-selling music artists of the 21st century.