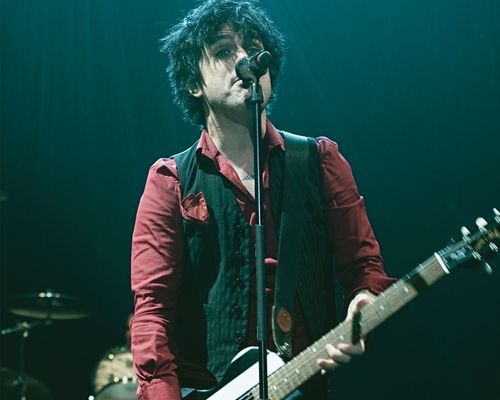 Green Day is one of America's most famous rock bands. In 1987, the band formed in the East Bay of California. Today, the band includes Billie Joe Armstrong, Mike Dirnt, and Tré Cool. As a prominent member of the late-'80s/early-'90s punk scene, the band became a breakout success and eventually shipped over 10 million copies in the U.S., crediting them as one of the bands that popularized mainstream interest in punk rock in the U.S. While their albums were a great succes, with several reaching double platinum status and gold status, Green Day released a rock opera in 2007 that sold over 6 million copies. In 2009, the band achieved their best chart performance, and later with their twelfth studio album, they attained their third debut at No. 1 on the Billboard 200. As one of the most successful musical groups to date, Green Day has sold more than 75 million records worldwide. They have won 5 Grammy Awards and been nominated for 20 Grammy Awards. They even had stage adaptation of their 2007 album debut on Broadway, which was then nominated for three Tony Awards, winning two. One of their biggest accomplishments was being inducted into the Rock and Roll Hall of Fame in 2015.