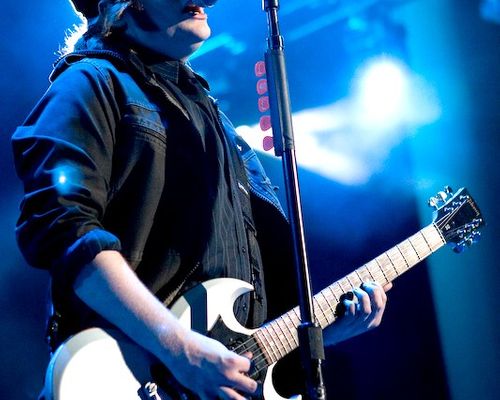 Fall Out Boy is a Chicago band that was formed in 2001. Today, members include Patrick Stump, Pete Wentz, Joe Trohman, and Andy Hurley. In 2005, the band experienced their first major-label breakthrough, producing two hit singles that went double platinum. In 2006, the band was nominated for a Best New Artist Grammy Awards. Their next album in 2007 debuted at number one on the Billboard 200 with 260,000 first week sales. After a brief hiatus, the band came together in 2012 and released a series of number one hits that reached number one on the BIllboard 200, 22 on the Billboard Hot 100, and much more. In 2018, the band achieved their second Grammy nomination for Best Rock Album. In 2020 they announced their tour with Green Day and Weezer.