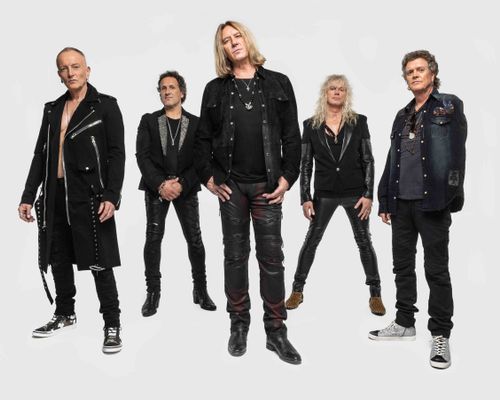 Def Leppard is one of England's most famous rock bands formed in 1977. The band includes Joe Elliott, Rick Savage, Rick Allen, Phil Collen, and Vivian Campbell. During the new wave of British heavy metal movement of the early 1980s, the band achieved some of their greatest commercial success. Their debut album reached the Top 15 in the UK. In 1982, one of their most popular tracks become one of the first rock videos every played on MTV. Over the next couple decades, the band would achieve great worldwide success getting several No. 1 hits within the UK, US, NZ, Canada, and Australia as well as top 10 in Sweden and Germany. As of today, Def Leppard is one of the most successful musical groups in history and has sold more than 100 million records worldwide and has two albums with RIAA diamond certification, making them one of only five rock bands with two original studio albums selling more than 10 million copies in the US. Additionally, the band was ranked No. 31 in VH1's "100 Greatest Artists of Hard Rock No. 70 in "100 Greatest Artists of All Time". One of their biggest accomplishments includes getting inducted into the Rock and Roll Hall of Fame in 2019.