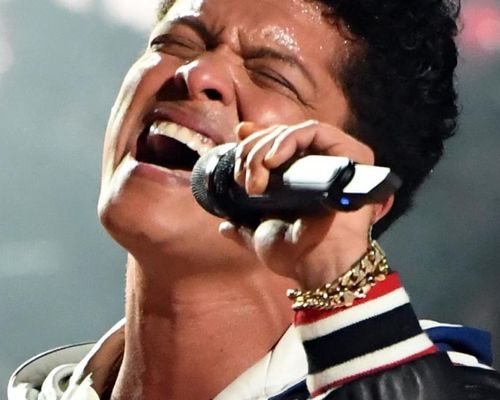 Bruno Mars is an American singer, songwriter, record producer, multi-instrumentalist, and dancer. He is known for his stage performances, retro showmanship, and for performing in a wide range of musical styles, including pop, R&B, funk, soul, reggae, hip hop, and rock. Mars has sold over 130 million records worldwide, making him one of the best-selling music artists of all time. He has released eight number-one singles on the Billboard Hot 100 since his career launched in 2010, attaining his first five faster than any male artist since Elvis Presley.